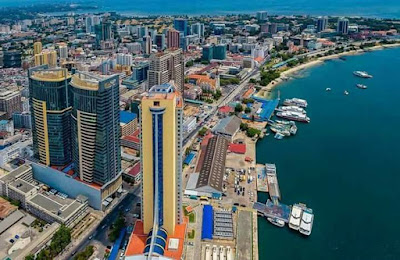 Tanzania has the second largest economy in the East African Community and the twelfth largest in Africa. It is largely dependent on agriculture for employment, accounting for about half of the employed workforce. An estimated 34 percent of Tanzanians currently live in poverty. The economy has been transitioning from a command economy to a market economy since 1985. Although total GDP has increased since these reforms began, GDP per capita dropped sharply at first, and only exceeded the pre-transition figure in around 2007.

On the other hand, the ‘Formal Sector Employment and Earnings Survey’ findings published by the National Bureau of Statistics, employees in the accommodation and food services industry are the least paid, followed by workers in the agriculture, forestry and fishing industry and those employed in the manufacturing industry.

Employees in insurance and financial services are the best paid in Tanzania, followed by those in the mining and quarrying industry, a new report indicates.
On the other hand, the ‘Formal Sector Employment and Earnings Survey’ findings published by the National Bureau of Statistics, employees in the accommodation and food services industry are the least paid, followed by workers in the agriculture, forestry and fishing industry and those employed in the manufacturing industry.
“Financial and insurance activities had the largest proportion of employees (27.8 per cent) earning wages above Sh1,500,000 per month followed by mining and quarrying industry (5.9 per cent). On the other hand, nearly six in 10 employees in accommodation and food service activities earned monthly wages of Sh150,000 or less,” the report reads in part.
In fact, nine in 10 people in the accommodation and food service activities industry earn a monthly salary of Sh300,000 or less, according to the study whose survey took place in 2015. Eight people out of 10 in the agriculture, forestry and fishing sector get a monthly wage of Sh300,000 or less. The study further says six out of 10 people in the administrative and support services industry receive Sh300,000 per month.
In the insurance and financial services sector, five people out of 10 receive a monthly wage of at least Sh900,000. In the mining and quarrying industry, three workers out of ten receive a salary of Sh900,000 or more, while two employees out of ten in the public administration, defence and social security receive a salary of at least Sh900,000.
Other well-paying jobs include human health and social work activities, education, transport and storage and construction.
Eight out of 10 workers in the education sector (75 per cent of all workers in the sector) receive a salary of between Sh300,000 and Sh900,000.
Six workers out of 10 in the transport and storage industry receive salaries of between Sh150,000 and Sh500,000.
Reacting on the report an expert in human resources, Ms Zuhura Muro, said salaries are based on productivity of the sector as well as skills.
“It is obvious then that sectors whose return on investment is high, such as insurance and banking, would pay more,” she said, adding that insurance and financial activities industry have a large concentration of highly skilled employees who are normally well remunerated.
On the other hand, sectors whose productivity is seasonal such as the agriculture has employees that are poorly paid, she noted, adding that such sectors also tend to have a high concentration of low skilled employees.
Older employees, aged 36 and above, are slightly better paid across all sectors of the economy than younger employees (15-35 years), the report indicates.
In gender categorisation, the report shows, the largest proportion of adult males (21.4 per cent) received monthly wages of from Sh150,001 to Sh300,000 followed by those earning Sh500,001 to Sh900,000 per month with 19.9 per cent.
“On the other hand, the largest proportion of male youth (37.9 per cent) earned monthly wages ranging from Sh300,001 to Sh500,000, followed by those earning between Sh150,001 and Sh300,000 (18.8 per cent),” the report adds.
Additionally, the study shows, the largest proportion of adult females (25.5 per cent) earned monthly wages of between Sh500,001 and Sh900,000 followed by those earning between Sh300,001 and Sh500,000 (20.1 per cent). On the other hand, the largest proportion of female youth earns monthly wages ranging from Sh300,001 to Sh500,000 (33.5 per cent).
In general, the survey reveals that most of the employees in Tanzania (24.7 per cent) in both public and private sectors earned monthly wages of between Sh300,001 and Sh500,000.
The report also indicates that public sector employees especially from parastatals are the best paid if allowances and other perks are included. The average monthly cash earnings of public sector workers (salary plus allowances and other perks) were
Sh1,063,064 in 2015 as compared to Sh353,589 for private sector workers.
“Parastatal organisations had the highest monthly average cash earnings for regular employees (Sh1,793,738) followed by central and local governments Sh1,006,559). On the other hand, regular employees in the private profit making institutions had the lowest monthly average cash earnings of Sh349,744.
Furthermore, the average monthly earnings of male workers are higher than that of female workers in both public and private sector. The average cash earnings of male workers in the public sector are Sh1 million while that of their female colleagues is Sh957,816. In the private sector, male workers earn an average of Sh373,704 while their female colleagues earn an average of Sh366,590.
The average cash earnings of employees in the private sector were low because of having the largest proportion of workers in the minimum wage category. The report further says that during 2015 about 2,334,969 persons were employed in formal sector establishments in Tanzania Mainland. Out of those persons, 766,803 were employed in public sector and 1,568,165 were employed in private sector which had almost twice as much as the public sector. The share of males was 63.0 per cent and that of females was 37.0 per cent. Regular employees totalled 2,060,013 while number of casual workers stood at 274,956.