THE HISTORICAL PERSPECTIVES ON THE ROLE OF TEACHER EDUCATION 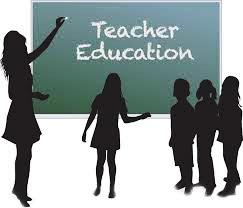 Teachers are the mothers of all professions. Professional teachers are important in the development of education and development of society. Because of this teachers who are effective and educated are needed to be produced. Teachers need to be updated. Good teachers‘ education is needed to teachers to enable them to be effective in psychomotor, affective and cognitive areas of professions.