2021-2022 Scholarship for the Doctor of Philosophy PhD degree in Development Studies (Sustainable Energy Technologies) at UDSM: 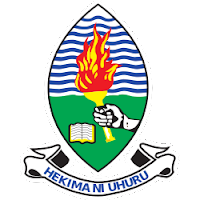 Ever since UDSM has grown in terms of student intake, academic units, research capability and academic programmes. It has two constituent colleges: the Dar es Salaam University College of Education located in Dar es Salaam and the Mkwawa University College of Education, located in Iringa. There are also seven campus colleges, four schools and five institutes hosting numerous academic departments covering a wide range of programmes, making it a comprehensive university. The academic programmes offered lead to the award of certificates, diplomas, and undergraduate and postgraduate degrees. A total of 370 programmes including 17 taught PhD; 99 PhD by thesis; 142 Masters; 10 Postgraduate; 92 undergraduate; 5 certificate, and 6 diploma are offered in various academic units. They include evening study programmes designed to offer opportunities mainly to employed people, although any other interested person with requisite entry qualifications can apply. The number of students admitted has been reaching 39,958 in 2020/2021 academic year. Female students constitute 46 percent of all students and more efforts have been underway to increase this ratio. Each year we receive an increased number of applications of students interesting in joining our various programmes than the available current capacity.

At its Golden Jubilee in 2011 UDSM inaugurated its Vision 2061, a blueprint charting the way for its future development. Emphasis has been placed on research and postgraduate training. As a result there has been improved outputs and the number of postgraduate students graduating each year has increased exponentially. Just as an illustration, compared to 34 students who graduated with PhD in 2013, there were 72 PhD students who graduated in 2016 and the number increased to 80 and 85 in 2017 and 2018 respectively. To cater for the increased number of postgraduate students UDSM introduced a mid-year graduation ceremony in 2019 and 47 PhD candidates were awarded their degrees in that maiden mid-year graduation. UDSM has also set a number of scholarships to cater for various categories of students wishing to pursue their undergraduate and postgraduate training.

2021-2022 Scholarship for the Doctor of Philosophy PhD degree in Development Studies (Sustainable Energy Technologies) at UDSM:

The Institute of Development Studies (IDS) University of Dar es Salaam (UDSM) and The Science, Technology and Innovation Policy Research Organization (STIPRO) are pleased to announce a scholarship to pursue a 3-year full time PhD programme to a Tanzanian candidate with background in, development studies, human geography, social science and related areas. Female candidates are especially encouraged to apply to take advantage of the funding opportunity available.